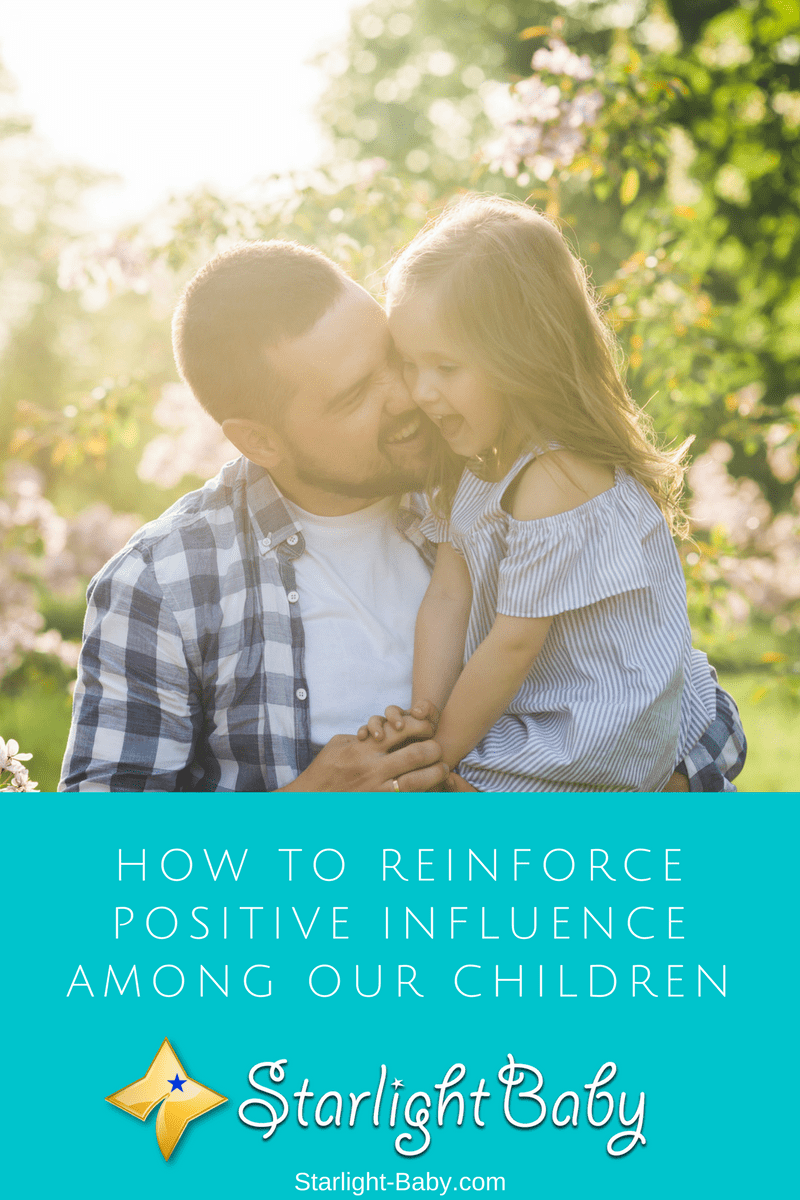 A child’s knowledge, character, and behavior are shaped at home by his parents and family. As we all know, the family is the basic foundation of our society. The family has a great influence on the type of person we will become someday.

When we talk about influencing children, parents really matter as they are the primary source of a child’s learning experience. As parents, how can we ensure positive influence until they grow up?

Understanding the basic concepts about our child’s development would be a great way to start. These are some of the details we may need to help our children start with a good foundation and grow up with proper guidance.

What Is Positive Influence?

According to the Cambridge dictionary, “influence” is defined as the power or ability to have an effect on how others think, behave or develop. Positive influence focuses more on having an impact towards the “brighter side” of things such as good manners, optimism, confidence, and kindness. Positive influence also involves inspiring, motivating, challenging and encouraging children to become better individuals in the future.

At What Age Are Children Most Easily Influenced?

From infancy to early childhood, parents play a vital role in shaping a child’s personality and behavior.

Here are some of the most important psychological implications that suggest children are most easily influenced during this age:

A long time ago, it was believed that infants are born with a mind similar to a blank slate, and in psychology, this was termed as “tabula rasa”. It meant “feeding” a child all information that he/she would remember while growing up.

The theory suggests that children’s cognitive development depends on their interaction with the environment from infancy through childhood. It explained that children are born with inherited “schemas” or the basic building blocks of learning which needs to be reinforced as the child matures.

This theory emphasized the need for a “trusting relationship” from infancy as an essential developmental milestone for children. The theory also highlighted the crucial role that parent’s play towards assisting younger children to achieve various stages of their developmental tasks such as autonomy, initiative, industry, and identity.

How Can I Reinforce Positive Influence On My Child?

Reinforcing positive influence among our children may seem an easy task but in reality, it is one of the most challenging duties of parents. Below are some ways to help you begin:

Spare a minute to reflect on how you behave as a parent. Are you the generous, caring and understanding type or more of a sensitive, short-tempered parent?

Due to some demanding circumstances, most of us might be guilty of “misbehaving” in one way or another. However, setting a good example in the eyes of our children is among the most effective ways to start. We could most probably promote positive influence by showing it to them, rather than instructing or imposing it.

In Erikson’s theory, a child’s first developmental task is trust. Trust is achieved early in infancy when you establish a loving and caring connection with your baby such as being there when he/she cries, feeding him when he’s hungry, and making him feel comfortable. It can further be established when your child grows up by listening to his concerns, letting him share his thoughts on family matters, and keeping your promises.

If your child trusts you, it will be easy for him to act positively not only within your home but also when he interacts with other people.

3. Make Your Home A Happy Place

In a child’s point of view, a happy place is where he should be – a place where he could enjoy, relax and feel that he is important. Keep your home “the place where he will want to be”. Play with your kids, cook delicious meals for them, tell stories, laugh together, and let them feel that they are wanted. This will minimize thoughts of running to other people or other places to find the happiness they need.

Just like plants, it is easier to mold children to a positive direction by starting to teach them in their early years. Be it in healthy food choices, the way they speak, or the way they deal with certain situations, incorporating them would be best when the kids are still young.

5. Evaluate Other Sources That May Influence Your Child

Try to look and assess the other factors affecting your child. Are they giving positive or negative effects on your child’s development? These sources include the following:

By the time your child reaches the pre-school age, the school would be the next immediate environment that can greatly affect his overall attitude and learning. Teachers and schoolmates will greatly influence your child, so a keen selection of the school that he’ll be attending is necessary.

Peers include friends or certain groups your child belongs to. Peers are among the most influential people that can affect your child’s behavior especially by the time he reaches adolescence.

As per Erikson’s theory, these people must ideally help your child achieve a sense of identity and acceptance of what he really is rather than become a source of confusion.

You’ll play a critical role in evaluating your child’s peer group while still managing to maintain the trusting relationship with your child. Teenage years are also the time when curiosity peaks, so it is important that you are always open to listen to your child’s concerns during this period.

Another powerful source of influence nowadays is media which includes what your child sees and learns from television, electronic gadgets, and the internet. Here’s what you need to do:

Media can be a good source of additional knowledge and entertainment but we need to be extra cautious and keep limits.

To sum it up, positive influence must always start at home. Starting it as early as possible is equally important if we want our children to grow up on the right track, and help them become responsible citizens of the community in the future.