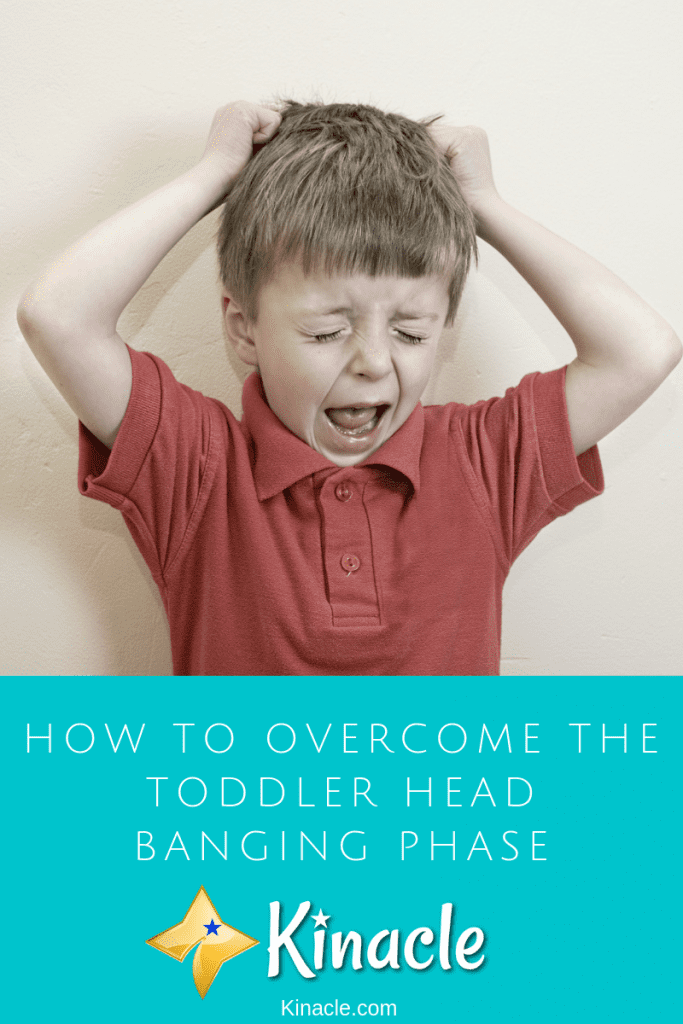 Throughout the toddler years, you’ll find yourself having to deal with a lot of strange and frustrating phases! It’s a time when your little one is starting to develop their own personality and they begin to test the world around them.

One phase you might be currently dealing with, is the head banging phase. This is actually a behavior which can affect both babies and toddlers and it can understandably be quite worrying when you witness it. However, the majority of the time, head banging isn’t anything to be worried about.

Here, you’ll discover everything you need to know about the head banging phase and how you can successfully deal with it.

What Is The Head Banging Phase?

As unlikely as it sounds, head banging is actually a really common behavior in toddlers. It’s estimated that approximately 20% of babies and toddlers purposely bang their heads. It’s also known to be much more common in boys than it is in girls.

It involves banging their head against the crib, wall or furniture and it can last weeks or potentially months. While it may be terrifying as a parent, what you need to understand is that the head banging phase isn’t usually serious and it won’t cause any long-term damage! Most toddlers stop banging their heads by the age of three.

Why Do They Do It?

So, why do toddlers start banging their heads on purpose? Well, there’s actually a surprising number of reasons it could be happening. Some of the main causes include:

It’s common for toddlers to use head banging as an attention seeking behavior. If it’s caused because of this, it will usually be because of a recent change in your lives. It could be the birth of a new baby, a house move, or any sudden change which has taken your attention away from your toddler. They quickly discover banging their heads against a wall for example, generates much more attention than crying.

It can also be more of a comforting behavior. It might not look particularly comforting, but the movement it produces can actually be quite calming for a toddler. You can tell if this is the reason they are doing it, if the behavior started during the night. Toddlers find ways to self-soothe to get them to sleep and head banging can be one of them.

Another surprising reason could be pain. If your toddler is experiencing teething pain, or they have pain in their head, they use the head banging as a form of pain relief. Again, it doesn’t sound like banging your head against a wall would reduce pain, but for a toddler is appears to work. Of course, it could also be down to sheer frustration. As toddlers don’t know how to fully express their emotions, it can lead to an explosion of frustration that they don’t know what to do with. So, banging their head against a wall helps to eliminate the excess frustration.

Best Ways To Deal With It

So, now you know what head banging is and why it can happen, the question is how can you deal with it? Should you just leave them to it or are there strategies you can use to stop the behavior?

First and foremost, it’s important not to panic. Although it may look frightening as a parent, your toddler is unlikely to hit their head hard enough for it to really hurt them. So, while they may end up with some bruises, that’s likely the most serious an headbanging episode will get. Also, if you do panic and worry, your toddler will pick up on that and it could actually make the behavior worse.

If you suspect they are banging their head because they trying to comfort themselves, you could instead let them sit in a rocking chair. Or, if you don’t have one, you could offer comfort in different ways, such as throwing on music and dancing together.

If the head banging tends to mainly occur at night when you put them in the crib, you could try extending their bedtime. Or, at least attempting to tire them out more so that they are sleepy enough when they go to bed. The key is to ensure they are tired, but not overtired.

You’ll obviously want to focus on safety too. Although the head banging itself isn’t usually anything to be concerned about, there is the potential for them to really hurt themselves. So, make sure there are no sharp edges on their crib if that’s where they tend to do it. An important thing to note here is that although it might be tempting to give your toddler additional pillows and blankets to stop them hurting themselves, it could actually pose a suffocation hazard.

Finally, if you are worried and the head banging is particularly violent, or it seems to be lasting a long time, you should seek advice from a doctor. They will be able to establish whether there’s an underlying medical issue behind the behavior, as well as advise you on how to stop it.

Overall, head banging can be worrying, but as you can see, it’s actually quite common and it’s usually nothing to be concerned about. It’s one of the many temporary phase’s toddlers go through during their development. Not all toddlers go through the headbanging stage, but it’s definitely not uncommon.