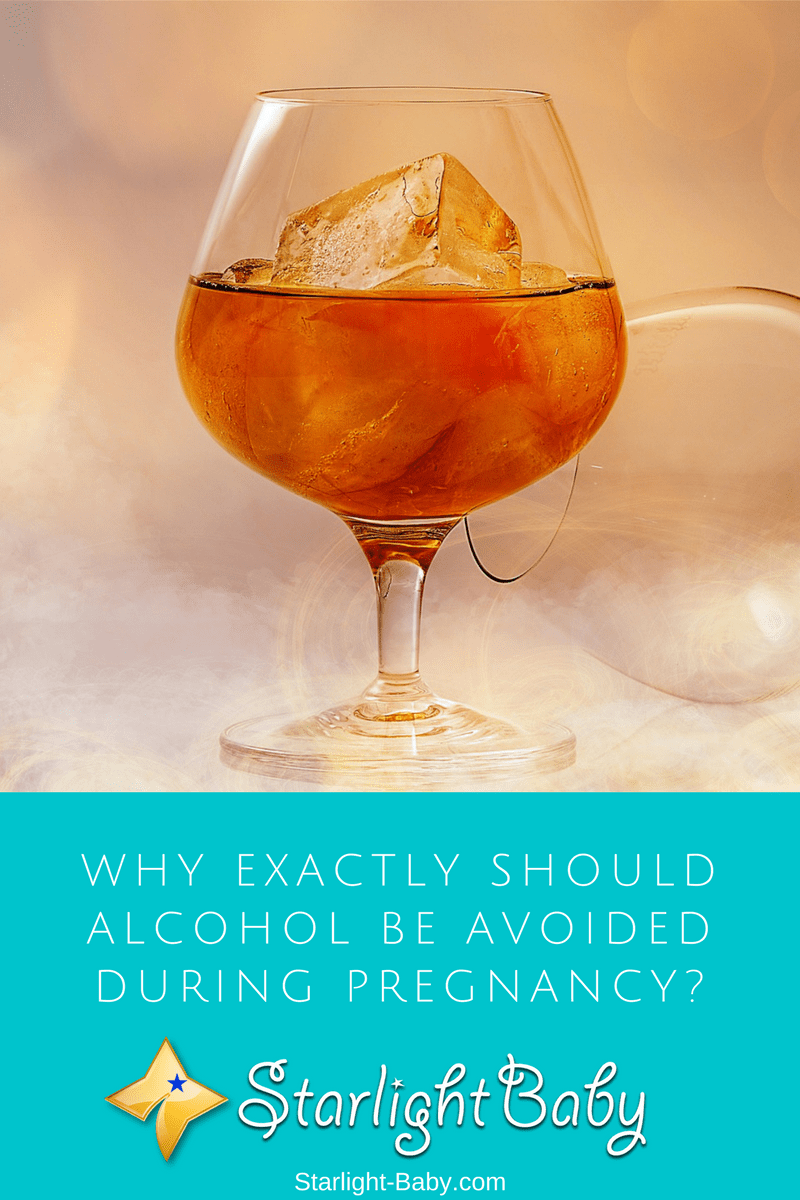 When you become pregnant, there’s a few lifestyle changes you know you need to make in order to keep you and baby healthy. Quitting smoking, increasing the number of vitamins and minerals in your diet and cutting out alcohol, are all recommended to ensure the pregnancy progresses as it should.

However, while you may know things such as alcohol can be harmful to baby, you may not fully understand why. It also doesn’t help that laws regarding drinking alcohol during pregnancy differ between states. So, why should alcohol be avoided during pregnancy and do you really need to eliminate it completely?

You’ll often come across a number of contradictions about how alcohol can affect your pregnancy. This is largely because the studies which have been carried out over the years, have revealed differing results. However, there are a few facts we do know, and they are:

1. Alcohol Is Passed Onto Baby Via The Placenta – You likely already know that whatever you eat and drink gets passed onto baby. It’s no different when it comes to alcohol.

When you have an alcoholic drink, it passes through the placenta and enters baby’s bloodstream. The trouble is, your baby’s body is much smaller than yours, which means it takes a lot longer for the alcohol to leave baby’s bloodstream. This therefore increases the risk it will have a negative impact on baby’s health.

2. Any Alcoholic Drink Can Be Harmful To Baby – You might think only strong alcoholic beverages would be potentially harmful to baby, but you’d be wrong. Any type of alcoholic drink, however weak, can cause damage.

3. It Can Significantly Impact Baby’s Health And Development – Alcohol has the potential to significantly impact your baby’s health and development. Within the first three months of the pregnancy, there’s a risk of damage to baby’s nervous system and organs. This is because it’s not until the second trimester when baby’s liver fully matures. So, until then they are unable to process alcohol in the same way an adult can.

There’s also the chance drinking in early pregnancy can lead to a miscarriage, premature birth and birth defects. In severe cases, drinking during pregnancy could lead to your baby being born with Fetal Alcohol Spectrum Disorder.

What is Fetal Alcohol Spectrum Disorder?

There’s actually a range of Fetal Alcohol Spectrum Disorders (FASD), and all of them are caused by drinking alcohol during pregnancy. They can cause abnormal facial features, learning disabilities, hyperactive behavior and problems with the bones, kidneys or heart. The most serious out of the FASD’s is Fetal Alcohol Syndrome (FAS).

FASD’s are preventable and caused solely by alcohol consumption during pregnancy. The CDC has estimated, each individual with FASD, costs around $1 million throughout their lifetime. However, for those with more severe problems, the cost can be significantly higher. It’s said to cost the US $4 billion a year for those diagnosed with the most severe type, FAS, alone.

It’s not just the cost which should stop you from drinking too much alcohol however. The quality of life for those diagnosed with FASD can be pretty poor.

Is It Safe To Drink Small Amounts Of Alcohol?

Most of us know that drinking excessive levels of alcohol during pregnancy can be extremely harmful to baby. However, what about drinking small quantities?

There’s a lot of mixed advice out there relating to how much alcohol is safe during pregnancy. The truth is, nobody actually knows how much alcohol is safe to consume. This is because everyone reacts to alcohol differently. Studies have also shown very confusing, conflicting results, leaving many experts to simply suggest not drinking any alcohol at all for the nine months of the pregnancy.

Everyone also has a different view of what mild, moderate and severe drinking is. So, it’s really difficult for doctors and healthcare professionals to give a proper guideline. Generally speaking, the odd small glass of wine to mark a special occasion isn’t typically going to cause any problems. Many pregnant women who drink very small quantities of alcohol occasionally throughout their pregnancy, go on to have totally healthy babies.

However, to be on the safe side, it is better and much safer for baby if you can cut alcohol out of your diet completely until after the pregnancy. Healthcare professionals don’t tell us to avoid alcohol during pregnancy to spoil our enjoyment – they do it for a genuinely good reason.

So, now you know why alcohol should be avoided during pregnancy. What are your thoughts? Did you drink while you were pregnant? Share your feelings below!