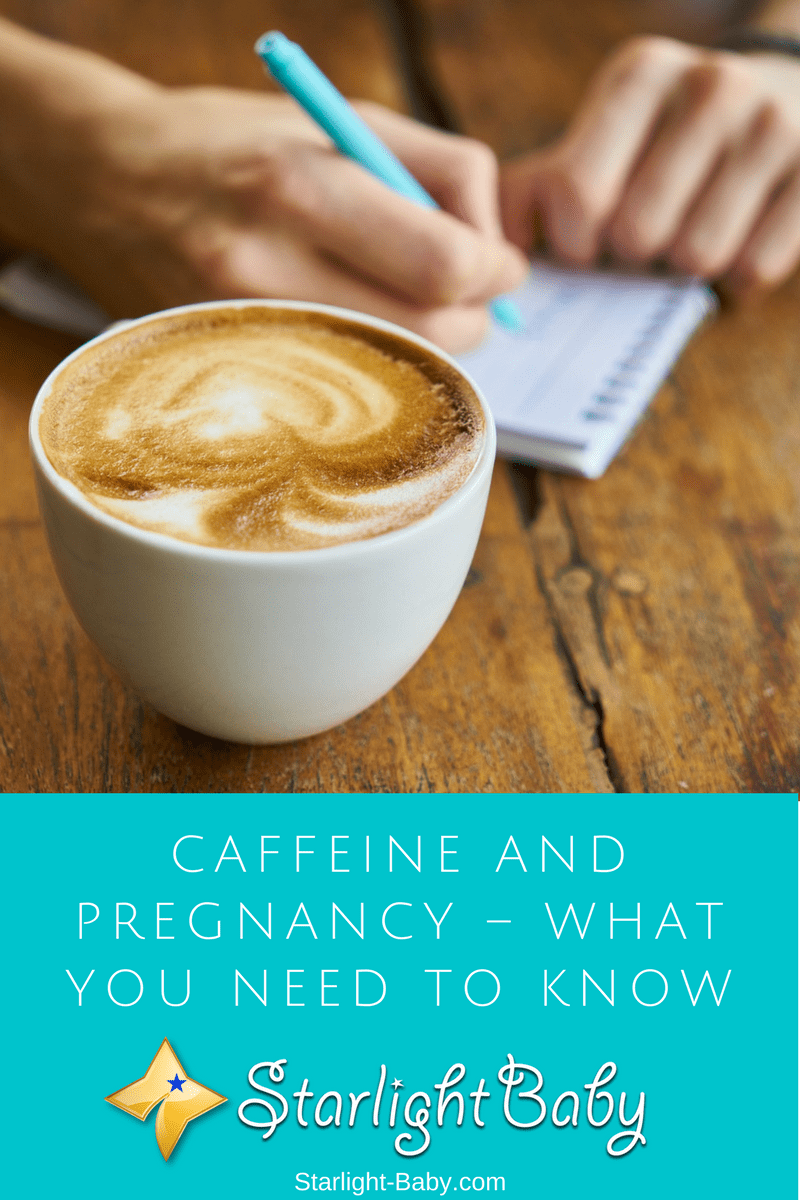 Caffeine is an extremely popular stimulant, not just in America, but throughout the world. However, did you know that once you become pregnant, you’ll need to limit your caffeine intake?

While most pregnant women know to cut out alcohol, many don’t realize they need to cut the amount of caffeine they consume too. Here, you’ll discover everything you need to know about caffeine and pregnancy.

How Much Caffeine Should You Consume During Pregnancy?

Due to a large number of conflicting studies on the issue, it’s extremely difficult to establish exactly how much caffeine is safe during pregnancy. However, the American College of Obstetricians recommends you stick to less than 200 milligrams each day. This is roughly an 11-ounce mug of coffee.

So, provided you intake just 200mg of caffeine each day, it’s unlikely to cause any issues for you or baby.

Why Should Caffeine Be Limited?

When you’re pregnant, everything you eat and drink is passed onto baby. In the case of caffeine, it enters baby’s bloodstream via the amniotic fluid. The trouble is, your baby’s body isn’t yet able to properly process caffeine. This means, they are exposed to the stimulant for a much longer time period than you are.

So, what can this prolonged caffeine exposure do? Well, largely it can lead to baby being born with a low birth weight. However, there are also links to miscarriage, birth defects and can impact the way baby moves during the pregnancy. The birth defect link has only been established in animal studies. However, it’s still worth playing it safe and sticking to the recommended intake to err on the side of caution.

It’s not just your baby who could suffer from a high caffeine intake either. Drinks such as tea and coffee, contain certain compounds which are known to impact iron absorption. This can be a pretty big problem as many pregnant women already have low iron levels. Iron is required to carry oxygen throughout both yours and your baby’s body, so ensuring you’re getting enough of it is essential.

There’s also the fact that caffeine can make you feel anxious, lead to insomnia and trigger heartburn. Pregnancy is already known to cause issues with sleep due to heartburn and indigestion. So, if you have too much caffeine, it could make these natural side effects of pregnancy even worse.

Studies carried out have been conflicting, but one thing has been made clear – these risks only seem to occur in pregnant women who consume over 200mg of caffeine a day.

When you think about cutting down your caffeine intake, coffee is typically the main thing you look to cut back on. However, did you know that caffeine can be found in a surprising number of foods and drinks?

Just some other sources of caffeine to be aware of include:

If you were to drink coffee, fizzy soda and eat dark chocolate within just one day, you can easily see how you’d be consuming much more than the recommended maximum 200mg daily allowance.

So, what about tea and coffee? Well, if you love your coffee you’ll be better off with instant, rather than brewed varieties. This is because in a generic 8-ounce brewed coffee, there’s 95-200mg of caffeine. In generic instant coffee, one teaspoon of granules contains approximately 31g of caffeine. That’s a pretty significant difference! In tea, there’s just 5mg of caffeine in a 12-ounce Lipton Brisk Iced tea, but a staggering 95mg of caffeine in a 16-ounce Starbuck’s Tazo Chai Latte tea.

It’s not just food and drinks which can contain caffeine either. Perhaps its most surprising source is the popular Cocoa butter lotion. Often used to reduce the appearance of stretch marks, the lotion contains a small amount of caffeine.

Tips For Cutting Down Your Caffeine Intake

Cutting back on caffeine isn’t as easy as it sounds. The withdrawal symptoms can be pretty nasty, particularly if you try to cut it out altogether. So, you may find it easier to simply cut back.

You can start by following the advice above to switch to instant coffee instead of brewed. If you do want to cut back on your coffee intake, you can also try switching to decaffeinated. That way, you get the taste of coffee without the actual caffeine. However, there’s even some safety concerns raised over decaffeinated drinks. This is because the decaffeinated process may use Formaldehyde – A potential precursor for Autism. So, it may be worth talking to your doctor before making the switch.

These are just some of the ways you can cut back. As with anything, it’s always best to speak to a doctor before making any dietary changes; especially when you’re pregnant. While it may be tempting to switch to herbal teas for example, certain herbs are considered unsafe for consumption during pregnancy. So, it’s always important to get a medical opinion before making dietary changes.