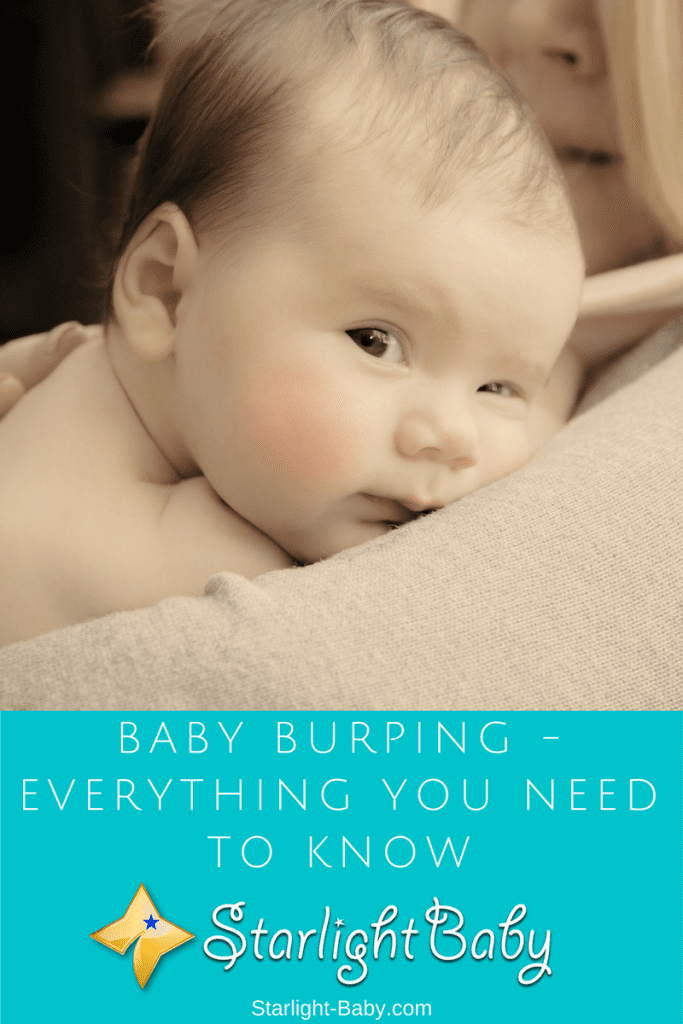 There are a lot of skills you learn when you become a first-time parent and one of the most basic is burping. While often seen as just a cute little release, baby burping actually serves a very important purpose. It helps your baby a lot more than you probably think it does. So why exactly is it important to burp your little one and how should it be done?

Why Do Babies Need To Be Burped?

Just like adults, babies often experience a build-up of gas which needs to be released. However, they don’t yet have the ability to release this gas themselves. Therefore, it’s up to mom or dad to give them a little help.

Burping is usually needed after your little one has just been fed. However, they won’t necessarily need to be burped every mealtime. It’s also worth noting that as a general rule, babies who are breastfed don’t tend to need as much burping as those who are bottle fed. However, all babies are different so always look out for your little one’s “burping cues”.

So what exactly does burping do? It actually has a few benefits for baby including:

Trapped air can be very uncomfortable and in some cases painful. It will also stop baby from feeding, which could lead to problems ensuring they are eating enough. Burping is so much more than a cute little reflex, it’s really important for baby’s health and wellbeing.

There are numerous reasons why gas builds up. Bottle fed babies tend to swallow quite a lot of air during feeding for example. Breastfed babies can also swallow more air if they tend to eat quite quickly. It could also be down to digestion problems. Some foods are a lot more difficult for baby’s digestive system to break down and a lot of gas can be released during the process as a result.

There are a few common signs you can watch out for to determine whether your baby needs to be burped. These include:

Crying – Babies don’t have the ability to tell you exactly what’s wrong so they tend to communicate by crying. Now obviously crying can be code for many things such as they are hungry, they need their diaper changing or they’re starting to get overtired and need a nap. You can tell whether the issue might be burping if they have recently been fed and all other needs have been taken care of.

Fussing/Squirming – Not all babies will cry to let you know they need to be burped. Instead they may just be overly fussy or squirmy. After feeding, look out for fussy behavior such as kicking their feet, shaking their arms or moving their hips.

Hesitation To Continue Feeding – Sometimes your baby will let you know during the feed that they need to be burped. If they pause and are reluctant to continue feeding, a little burp may be what’s needed before they can continue. They may also show other signs such as fussing or crying.

Troubled, Pained Expression – Another sign to watch out for during feeding is how content your little one looks. Do they have a troubled or pained expression? If so, this is a clear sign that something isn’t right. Babies generally look content and happy while they are feeding so if you notice a grimace or troubled look, give them a little burp and see if it helps.

These are the most common signs to watch out for. It’s pretty easy to spot the signs as they usually occur during or soon after feeding.

Is There A Correct Way To Burp A Baby?

It may be a simple basic task, but there are right and wrong ways to burp a baby. Some positions are much better than others and many new parents are surprised at how difficult it can be to start with.

The most common position used is the “shoulder” technique. This involves placing baby against the shoulder and gently patting them on the back. It’s the universal burping position, yet it’s not always the most successful. In fact, many parents have found this position actually puts their little one to sleep, causing them to wake up with a lot of discomfort later in the day.

Perhaps the biggest mistake you can make is to pat baby on the back a little too softly. Obviously you don’t want to hurt them, so tiny gentle pats seem like the best option. However, if you’re too gentle, it’s not going to work.

A position that’s proven to be really effective is to sit baby up on your lap, then place the heel of one of your hands on baby’s tummy, while holding their chin with your fingers to keep the head supported. Granted, this can be tricky to grasp, but after a little practicing, you should find it fairly easy to do. Use your other hand to pat your baby’s back quite vigorously.

If the burp doesn’t come, lay baby down on their back and gently rub their tummy, before bringing them back to the upright burping position and trying again.
Of course, the shoulder technique can also be effective, you just need to make sure you’re patting the back hard enough. It typically takes around a minute of patting to release the burp.

Don’t forget, whichever burping technique you use, you’re going to need a burping cloth to hand. It’s common for babies to bring up a little sick when they’re being burped so if you want to avoid any accidents, a burping cloth will be very useful.

Overall, it’s not rocket science, but burping a baby also isn’t as easy as you might think either. It does take a little practice but soon you’ll be burping your little one like a pro!

Do you have any burping tips? Share them below…