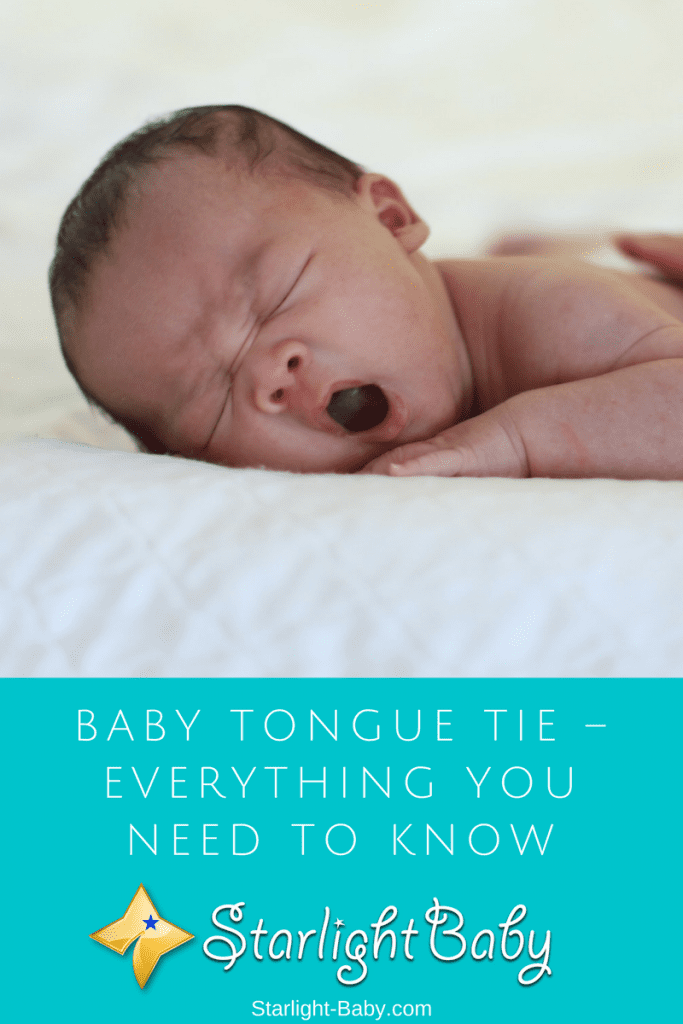 If your baby is diagnosed with tongue tie, you’ll understandably be concerned. Medically referred to as ankyloglossia, tongue tie is a condition which is present from birth and it varies significantly in severity.

Here, we’ll look at what tongue tie is, what causes the condition and how it can affect both baby and you.

When a baby is diagnosed with tongue tie, it basically means the tissue responsible for connecting the tongue to the bottom of the mouth, isn’t long enough. This in turn can cause a number of issues, depending upon the severity.

Some babies don’t experience any nasty side effects, while others can have real trouble feeding. It all depends upon the severity of the condition. Unfortunately, as the severity does vary between babies, it can be difficult to diagnose. It’s estimated around 4% to 11% of babies are born with the condition.

You’ll often be able to see for yourself whether your little one has the condition by seeing if they can fully extend the tongue. It can also present as a heart-shape at the tip of the tongue. However, it’s important not to self-diagnose your baby with tongue tie so if you do suspect they have it, get them checked over by their doctor or pediatrician.

The actual cause of tongue tie isn’t known, but it is thought to have hereditary links. It also seems to affect more baby boys than girls. 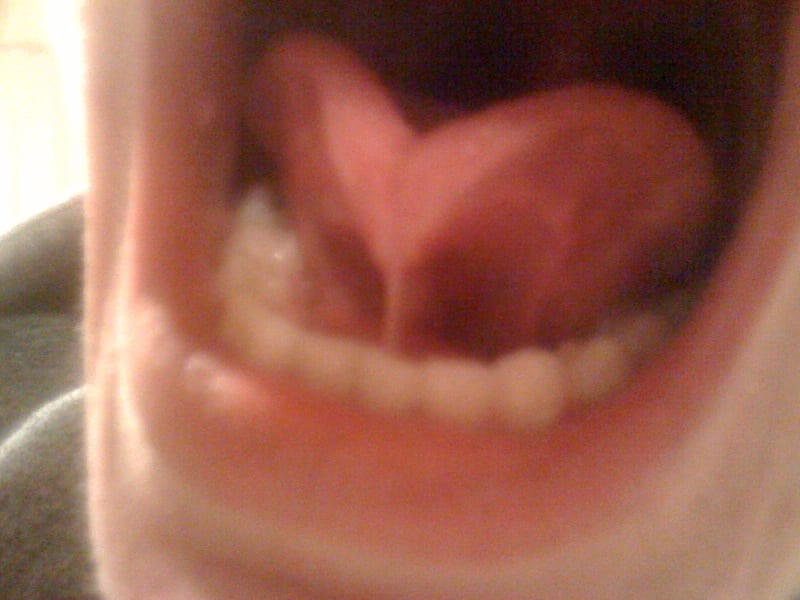 The symptoms of tongue tie vary, again depending upon severity. However, the main ones to watch out for include:

Difficulty Breastfeeding – Perhaps the most concerning symptom of the condition is that it can cause problems during breastfeeding. Your baby may have trouble latching on to the breast, or they may find it difficult to suck. Tongue tie babies don’t have trouble bottle feeding however, as the nipple of the bottle is generally much easier to get milk from than the breast.

Problems With Speech – As the tongue’s tip isn’t able to rise to the top of the mouth, your little one may experience problems making specific sounds. The letters they will particularly have trouble saying properly include D, L, N, T and S.

Spaces Between The Lower Front Teeth – It’s quite common for babies with tongue tie to have spaces or gaps between the lower front teeth. This again can contribute to speech problems.

Social And Personal Issues – As baby gets older, if the condition isn’t treated and it doesn’t rectify itself, it can lead to problems with social interaction. It can unfortunately make the child an easy target for bullies for example. There’s also a few personal problems which can present themselves such as the inability for your child to clean food off their teeth with their tongue.

These are the main symptoms and as mentioned earlier, some babies don’t experience any negative side effects of the condition, while others may have all of the symptoms above. The main thing parents worry about is when tongue tie affects breastfeeding.

So, let’s look a little deeper into how it can affect feeding and what you can do to help…

If baby only has mild tongue tie, it may not have any effect on their ability to breastfeed. However, if the problem is severe, it can cause serious issues which can understandably be very worrying.

It’s not actually the shape of the tongue which causes problems with feeding. It’s more a combination of the condition, along with issues in the mouth and the tongue, along with the shape and structure of the breast. Some women have more difficulty expressing enough milk, which when combined with tongue tie, can lead to serious problems breastfeeding.

One of the biggest problems that comes with tongue tie is your baby may not be able to open their mouth properly. This means they find it difficult to latch onto the breast and can instead end up chewing or sucking hard on the actual nipple. In turn, this can cause a significant amount of pain and in severe cases, cause lasting damage to the nipples.

If the nipple doesn’t elongate properly, the flow of the milk may not allow for direct swallowing. This means it could cause your baby to gag, cough, choke or vomit. If baby’s tongue tie also prevents them making a full seal around the breast while they are feeding, the milk could leak down.

Finally, mothers with tongue tie babies often report that they need to breastfeed every couple of hours. As baby won’t be getting enough milk, they’ll typically feed for longer periods, in some cases falling asleep at the breast and waking up wanting another feed. This can understandably be exhausting!

If you and baby are experiencing the above issues because of tongue tie, it could be a good idea to wean them onto the bottle. Some issues may still continue with bottle feeding, but generally it does tend to be a much easier option for tongue tie babies. However, you should seek advice from a pediatrician before making a decision.

Does It Need To Be Treated?

In most cases, tongue tie does seem to rectify itself within a year. However, in serious cases treatment may be recommended. You’ll first need to get the condition properly diagnosed by a doctor, who will be able to tell you what the best course of action would be.
Usually if it isn’t affecting feeding, tongue tie won’t necessarily need to be treated unless it doesn’t go away on its own within a year.

If baby is having issues feeding and they are under one year of age, a frenotomy may be carried out. This is where the doctor will cut the lingual frenulum after first numbing the area. It’s a really straightforward procedure and shouldn’t cause baby any pain. The wound from the cut is closed via stitches and doesn’t take long to heal.

However, the majority of the time tongue tie doesn’t need to be treated unless it is causing severe issues with feeding, or if it impacts the child later in life.

Overall, if you’re concerned that your baby has tongue tie and it is causing problems, don’t hesitate to contact your doctor or pediatrician. It isn’t usually something to be overly concerned about, but treatment is available if the condition is severe.