Reward Charts For Toddlers – How To Make Them Work For You 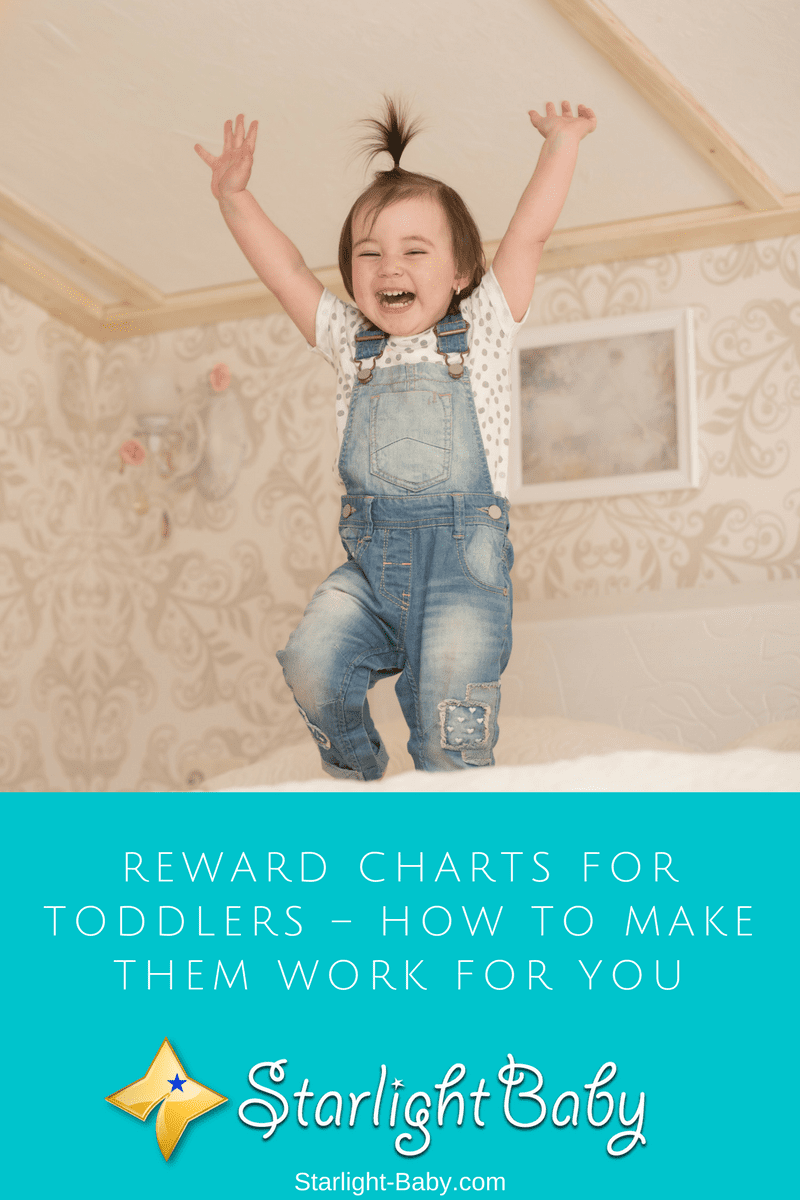 There’s many ways you can teach your toddler how to behave, but one which has become particularly popular over the years is reward charts. Also referred to as sticker charts, they’re designed to teach children that good behavior gets rewarded. There’s several ways they can be used, and many parents swear by them.

What Is A Reward Chart?

Reward charts are designed to encourage good behavior. In older children, tasks will usually be set such as carrying out specific chores each day. Once these tasks are completed, a sticker is placed onto the chart. After the child receives a certain number of stickers, they then receive a reward.

However, reward charts for toddlers differ slightly. Unlike older children, toddlers don’t usually need to complete tasks such as chores. Instead, they receive stickers for specific behavior the parents are trying to encourage. The great thing about these charts is they can be personalized and tweaked to fit your own preferences.

The number one question parents have is whether a toddler can actually understand the concept of a reward chart. The truth is, if they’re under two and a half years old, it’s unlikely they will grasp the concept. Ideally, charts should be introduced at age three, but they can also work for two-and-a-half-year old’s, depending upon the child.

The key is to make the chart easy to understand. You can also make the reward chart a fun experience to make your toddler more likely to pay attention to it.

Tips For Making Them Work

If you would like to try out the reward chart method, there’s a few tips you can follow to enhance its chances of success. These include:

While you can use a reward chart to encourage all kinds of positive behaviors for older children, for toddlers you’ll want to keep them as simple as possible. You’ll want to avoid adding more than 10 steps/tasks, ideally sticking to around 5 steps. This way, your toddler won’t become too overwhelmed by the chart and they can focus on 1-2 steps at a time.

Unlike older children, toddlers should also be given stars or stickers more frequently for smaller steps taken. For example, give them a sticker when they brush their teeth or put their own shoes on. This will help to keep them focused on the chart and the behaviors they should be following. Then, once they’ve reached the halfway point be sure to give them a small reward. Again, this helps to keep them focused and more likely to continue with the good behavior.

One thing you should be aware of is the reward chart shouldn’t be overused. It also shouldn’t be used to try to encourage character-based behaviors. For example, using the chart to try to teach your toddler to be kind and more thoughtful isn’t a good idea. This is because these behaviors shouldn’t be reward-based. As they grow, they may stop doing nice things for others, or expect a reward if they do.

A mistake you’ll want to avoid is to take away stickers or stars if your toddler is naughty. While you obviously don’t want to reward the bad behavior, you also shouldn’t disregard earlier good behavior either. If you start taking stars away, you toddler will lose interest in the chart entirely and potentially even start to really dislike the system.

These are just some of the tips you can follow to try and make the reward system work for your toddler. However, it’s worth being aware of the potential disadvantages of using a reward chart to encourage good behavior.

Potential Downsides To Be Aware Of

Although reward charts can work in the short-term, there’s very little evidence they can help in the long-term. In fact, there’s even been studies to show that the more people get rewarded for doing something, the less interest they start to have in the behavior which gained them praise in the first place.

A specific disadvantage when using a reward chart for a toddler is they could simply be too young to understand it. If they don’t follow the chart, you could end up frustrated and angry, without realizing its actually just a little too difficult for them to achieve the tasks that you’ve set out at the moment.

Many parents are also put off by the fact that they are giving stickers or rewards for things that shouldn’t really get a reward. Others also believe it to be manipulative. Then there’s the chance your toddler will think that if they’re getting a reward for doing something, it must be bad. So, they simply stop wanting to do it anyway.

There’s also the possibility that once your toddler has filled up the chart and received the reward, they’ll go back to their bad behaviors. So, unless you want to potentially carry the chart on for the rest of their childhood, this is definitely something you need to consider.

So, Is A Reward Chart System Worthwhile?

As you can see above, there are a lot of potential downsides you need to be aware of with reward charts. They can be a great short-term tool to help correct bad behavior, especially in older children. However, they’re not really super-effective at helping to correct a toddler’s behavior.

Of course, there are exceptions to this. Many parents have successfully managed to use the reward chart system to encourage positive behaviors in their toddler. However, it’s a case of trial and error. Each child is different, so the reward chart won’t work for everyone.

Have you tried to use a reward chart with your toddler? How did you get on? Let us know in the comments!