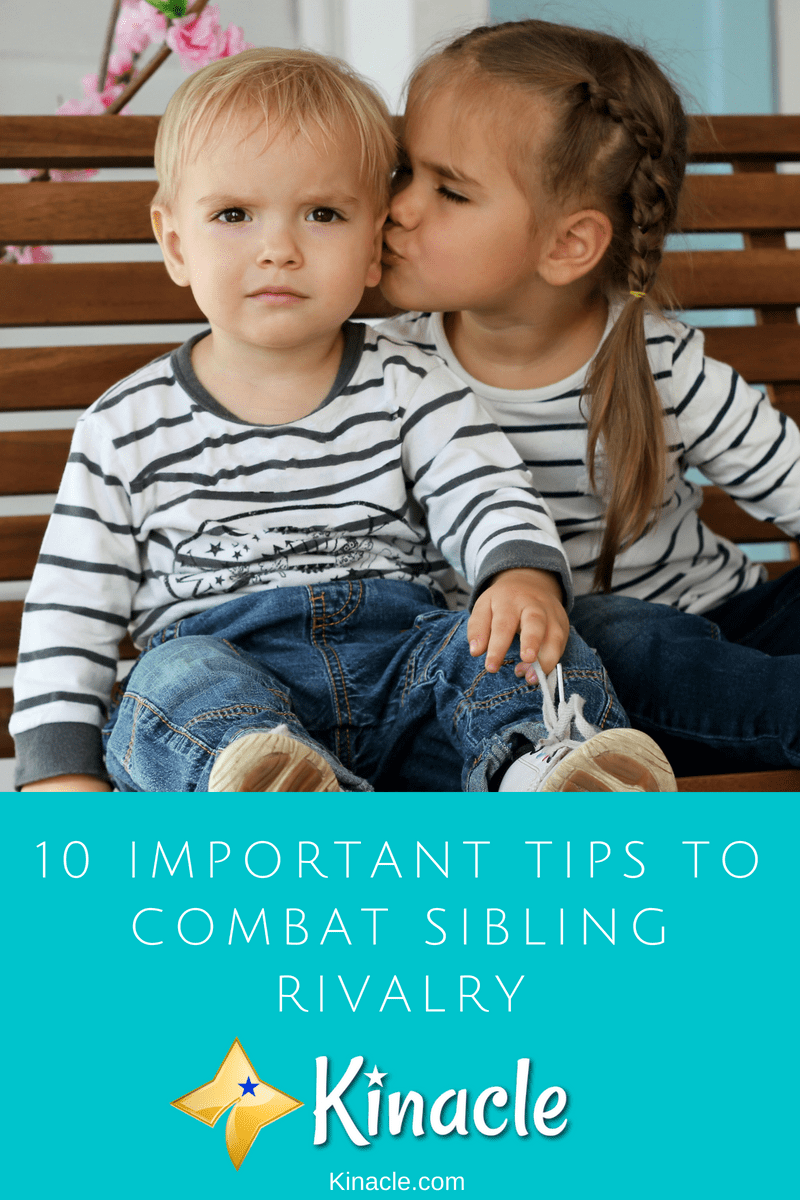 No two children are the same, so when siblings get together there’s bound to be a few conflicts. From fighting over toys to disagreeing over who did something better – it can often feel like a never-ending battle trying to stop your kids from arguing.

Sibling rivalry is a common problem, often leaving you feeling more like a referee than a parent! While a little rivalry is healthy, too much of it can bring the entire household into disarray. When children reach the age of 4, the rivalry can really intensify. It tends to reach its peak between the ages of 8-12 and is more common in children around the same age.

Often, older children find it difficult to cope with having a younger sibling. As younger children typically take up more of your time, it’s easy for older siblings to feel like they’re not as important. All they know is that they see you paying more attention to their younger siblings, whether it’s good or bad attention doesn’t particularly matter.

If they feel like they aren’t as important, they’re going to become jealous and resentful. These emotions can be pretty difficult for kids to deal with, causing them to lash out. So, it’s a good idea to ensure your older child feels important too.

Under no circumstances should you compare your children. It’s easy to do, especially when it comes to developmental milestones. For example, you might not understand why your first child reached a specific milestone much earlier than your second child. If you actually say this out loud where your children can hear you, it can start to cause problems.

Comparing your children to one another will only cause one of them to feel inferior to the other. Instead, you need to remember that every single child is different. This means that they develop at very different rates. So, comparing them isn’t just pointless, but it could be harmful to your child’s confidence too. You want to encourage their individuality, not make them feel ashamed of it, albeit unintentionally.

3. Don’t Punish One In Front Of The Other

Although you may want to set an example and punish your child in front of the other, this is actually a bad idea. If the sibling rivalry is pretty intense, the other child is only likely to tease the child being punished.

So, if you need to punish one of them, take them to a private area. They will be less embarrassed and it’s also going to reduce the chance they’ll be teased for getting told off.

This one may sound pretty obvious, but it’s something many parents are unknowingly guilty of. If you show favoritism towards one of your children, the other is understandably going to feel hurt. In fact, it could have a significant negative impact on their development.

While you may prefer certain things about one child, it’s important to let your children know that you love them both equally and in different ways. So, if you’ve accidentally said something along the lines of “Matthew is a perfect little boy”, in front of your other child, be sure to tell them that they’re perfect too.

You may even get asked by your children who you love more. Never fall into this trap. Always say you love them both equally because there’s a lot of love to go around.

5. Have One-On-One Time With Both Children

If your older child is competing against a baby or toddler, this may become unrealistic. After all, smaller children take up far more time than older ones. So, giving them equal amounts of time may not be possible. However, you could multitask and talk to your child while you are feeding or playing with your baby or toddler. You can also get them involved. That way, if they’re involved with taking care of their sibling, they’ll be less likely to feel threatened or jealous.

6. Be Firm With Limits

It’s important to set limits with your children when it comes to sibling rivalry. This stops it from getting out of hand. If you catch one child belittling the other, tell them it’s a put down and that’s not acceptable. Or, even just a stern look can be enough to reprimand some children.

It helps to talk to your children about what the limits are before you try to enforce them. That way, they’ll know to read the cues and switch their behavior when it starts getting out of hand.

7. Have A Family Meeting

If the sibling rivalry is reaching unbearable levels, a family meeting could work. This would include your children and your partner. It could even include your own parents. If the whole family is there to talk about the rivalry, your children are more likely to listen and feel embarrassed over their behavior.

These meetings also give the family an opportunity to talk about any differences they have with one another. This can then lead to reassurance and acknowledgement of the issues.

Although anger isn’t nice to deal with, it’s a perfectly normal reaction. Therefore, you should avoid trying to suppress your children’s anger. Instead, offer them ways to resolve it. The more you try to suppress it, the more frustrated they’re going to become.

Acknowledge the anger and the reason behind it, but then give your child alternative ways to release it.

9. Give Them Separate Play Areas

Giving your children separate play areas can be a great idea. That way, they have their own personal space they can escape to when needed. Like adults, they too need some time to themselves. Think how you’d feel if you didn’t get any personal time. They don’t need to have their own play room, but it is recommended they get their own little area in different rooms to one another.

You don’t need to step in to every single argument your children have. However, if the fights are getting worse and there’s any physical violence, that’s when you should absolutely step in.

Sometimes, children are best left to settle their differences themselves. However, if it doesn’t work or it does become increasingly violent, you will need to intervene and let them know it’s unacceptable.

So, there you have it, 10 great tips for resolving sibling rivalry. Remember, a little rivalry is common and, in some ways, healthy to your children’s development. However, if it is excessive, follow the advice above to put an end to their disagreements and regain your sanity!