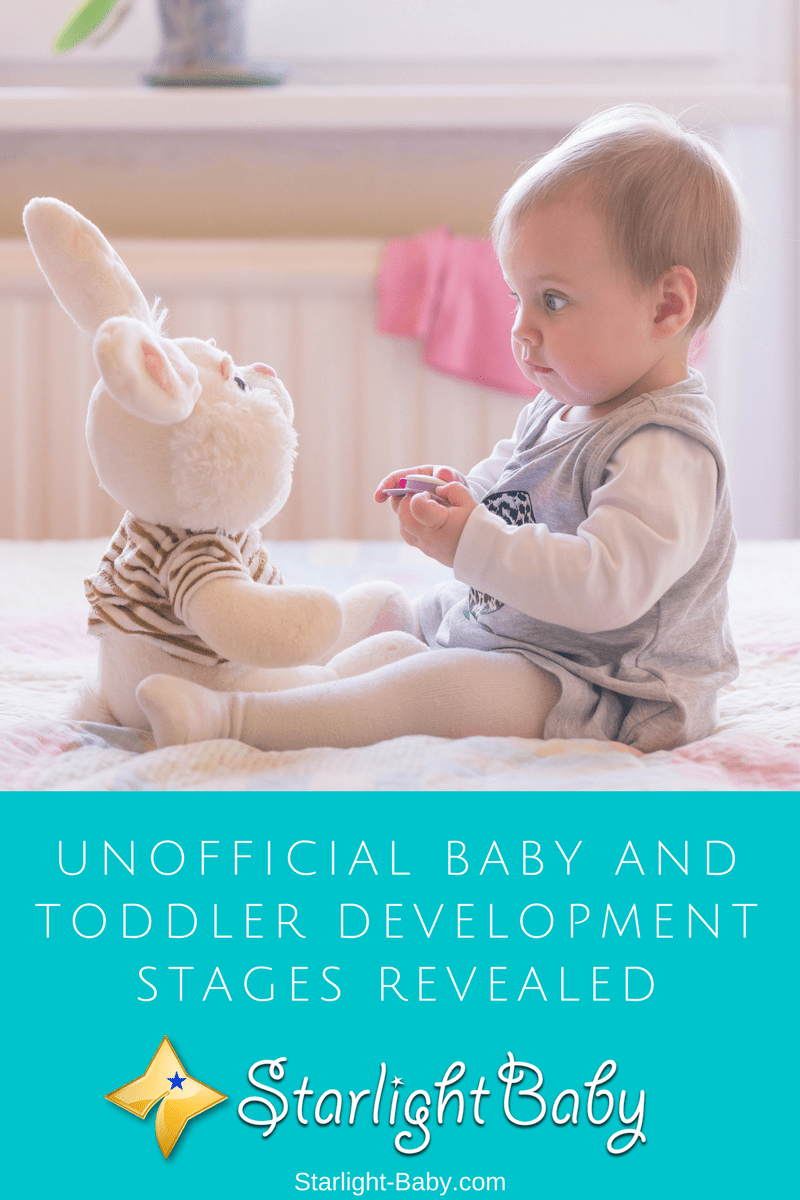 When you become a parent, there’s a lot of well-known milestones you eagerly await – baby’s first tooth, that all-important first word and the very first steps they take. However, there’s also a lot of unofficial stages your baby and toddler will go through and some of them can come as quite a shock!

Here, we’ll look at some of the common, yet largely unmentioned milestones your little one will go through.

One of the earliest unofficial stages baby goes through is what can only be described as “mountaineering”. They literally want to climb on anything and nothing is seen as too difficult to scale. If there’s a vertical surface in your home, you can bet your baby is going to try to climb it!

What’s scary about this phase is the speed in which baby can actually climb. Blink and you’ll miss it. They’re capable of attempting to scale any surface in a matter of seconds. Don’t think you’re safe if there’s no apparent easy way up to a surface either. Baby will easily find a way, whether by using a bin or even a diaper box lying around. If there’s something that could potentially be used as a climbing aid, they’ll try it.

This stage typically starts within several months and pretty much stays throughout the toddler stage.

2. Sudden Dislike Of Everything

The “No” phase is typically associated with toddlers when they flat-out refuse to do anything you want them to do. However, did you know that your tiny, innocent looking baby can also develop this sudden dislike of everything?

It all starts with baby refusing to take their bottle. Now, this could also be down to a number of reasons such as they’re not feeling very well or they’re in a more irritable mood than usual. However, if they’re constantly showing a dislike of things they normally enjoy and they aren’t ill in any way, it could be the beginning of the no phase.

Like mountaineering, this stage lasts throughout the majority of the toddler phase. It also gets progressively worse before it gets better. As your little one learns to express themselves, “no” is a word you’re going to start hearing a lot of! According to experts, this usually dies down not long before your toddler’s second birthday.

Remember when the quiet lull of the car used to miraculously calm your baby? Well, a couple of months in and you’ll be wishing you were still at that awesome period. For reasons unknown, after a couple of months many babies decide they don’t like the car anymore. In fact, they HATE the car. So much so, that they decide to show their contempt by screaming consistently until the end of the journey.

Unfortunately, many parents discover this stage right as they’re heading off on a long journey. Some babies won’t cry the whole way there, but they’ll likely set off again when you pull up at a red light, slow down to let someone pass, or when you’re approaching a T-Junction.
Out of all of the unofficial stages mentioned here, this one is thankfully one of the shortest-lasting stages. All babies are different, but you should find the car seat meltdown only happens for a few months maximum.

One of the cutest and most joyful unofficial baby stages is the peek-a-boo phase. This classic game is something most parents start to play with their baby, long before their little one can actually do it back. It’s a game babies love and all the time they’re watching you do it, they’re learning how to play the game. So, when they start to do it back for the first time, it really tugs at those heart strings.

Don’t be surprised to find yourself sobbing with joy the first time your baby joins in! It’s a magical moment and acts as the first real “conversation” between you and baby. What’s great about this game is it’s going to keep you and your little one happy for a long time to come!

5. The “Grab Everything” Stage

Not long after your baby starts crawling, they’re going to go through what some parents find the most difficult stage of all to deal with, even over teething and sleep issues! That’s the grab everything stage. Also referred to as the “unpacking” stage, your little one is going to develop a strong obsession to grab everything in their path.

The extra mobility allows them to crawl over to drawers, cabinets, bags and bins and once they get there, they’re going to want to grab everything they can get their little hands on. They won’t just unpack everything however. They’ll also try to eat it, then they might also decide these newfound items might be better in another room.

It’s exhausting, frustrating and potentially dangerous and like the mountaineering phase, it tends to happen pretty quickly. So, baby-proofing the home should ideally be done before your little one can crawl.

The toddler stage is packed full of unofficial milestones and one of the first and most infuriating stages is the budding vandalism stage. Now, this could also be considered the “destruction” phase as it seems your little bundle of joy is determined to destroy everything!

There’s quite a lot of behaviors which go into this stage including, drawing on walls, putting things down the toilet, picking leaves off household plants, rubbing paint or playdoh all over the body (particularly the hair), ripping books up and using make-up as crayons. To put it simply, it’s a nightmare! It’s said this budding vandalism stage is simply an exploration of creativity, but that positive spin does nothing to ease the frustration you’re going to face on a daily basis.

One thing they don’t tell you about diapers is they very rarely cope with the amount of pee a toddler’s bladder releases. This means not long after your little one has developed a pretty decent vocabulary, you’re going to find yourself needing to change soggy, heavy diapers, along with your toddler’s bedsheets, during the night.

It’s good though, right? I mean, it was getting a little silly being able to sleep through past 3am again!

As your toddler’s vocabulary and conversation skills improve, they’re going to start doing something really adorable – mispronouncing words. There’s nothing cuter than a toddler trying to say words such as “leg” and “bicycle” but instead coming out with “weg” and “bicual”.

While most of these mispronounced words are exceptionally cute, they can also be pretty embarrassing. It’s not uncommon for toddlers to start saying, and often shouting very loudly, rude words and phrases. It’s completely innocent on their part, but it does attract quite a few disapproving looks as you walk around the grocery store. After all it can sound extremely wrong hearing a toddler shout “I love vagina” when what they’re actually referring to is “lasagna”!

Speaking of embarrassing phases, your toddler is also going to go through what can only be described as a brutally honest stage. They know nothing about subtlety or social politeness. So, if they see, hear or smell something, they’re going to let you know about it in a very vocal way.

If you look online you can find all kinds of hilarious incidences of toddler’s being brutally honest. From asking why the person sat next to them smells to exclaiming “momma that ladies butt is even bigger than yours! Expect to have to apologize constantly to strangers during this phase.

Toddlers get sick, a LOT. Which also means that you get sick a lot. At some point, you’ll start to feel like your house is a contamination zone. Colds will be a frequent occurrence and just as you get over one, your toddler will develop another. So, it’s a good idea to stock up on toddler-friendly cold medicine and ensure there’s plenty of tissues handy.

These are just 10 examples of unofficial baby and toddler stages you’re going to experience. Some are entertaining, some are adorable and others will make you feel like you’re losing your sanity. However, despite the constant, never-ending struggles, you wouldn’t trade any of these experiences for the world (no really, you wouldn’t!).