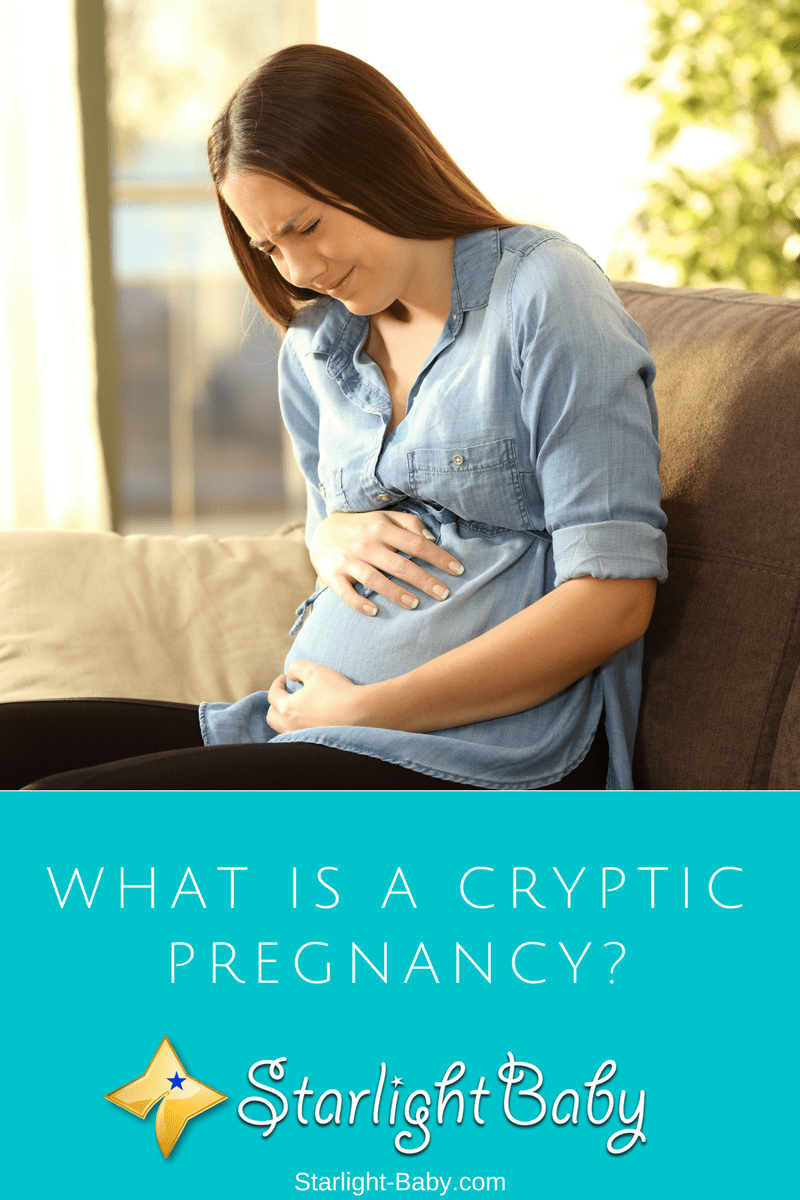 Note: This was a reader-submitted question. To have your question answered for free, read through this post to the end!

Have you ever heard the news about women not knowing they’re pregnant until the time of labor and delivery? How come these pregnant women don’t feel the signs and symptoms of pregnancy? Does it actually happen in a real life scenario?

When browsing the internet, you’ll encounter stories from physicians who had real-life encounters with patients arriving at the E.R. and complaining about abdominal pain. These women end up delivering full-term babies. Would you believe that these women didn’t have any idea that they are actually in labor?

According to the study, “The Evolutionary Biology of Cryptic Pregnancy: A Re-Appraisal of the Denied Pregnancy Phenomenon”, cryptic pregnancy has a much higher incidence than previously thought. This suggests the fact that it actually happens to a number of women across the globe.

While the major underlying cause is yet to be found, there are certain theories to explain this condition.

This theory suggests that women experiencing cryptic pregnancy might already have the hindsight of what is actually happening in their body, yet they kept on denying it. Somatic, meaning the physical signs and symptoms that could be associated with pregnancy are consciously denied by the woman even if they are quite obvious and other people may notice them.

For example, the pregnant woman claims she doesn’t feel any fetal movements while the examining physician actually sees the baby moving. Another illustration is when the hospital releases an ultrasound report, and the mother claims she doesn’t see any baby in the picture.

Somatic denial can be attributed to some psychological concerns like problems with finances to support baby’s needs, and lack of family support to the current pregnancy.

There are also instances where the mother’s body actually shows very unrecognizable pregnancy symptoms so that she is totally unaware of what is happening. One good example is when the mother continuously has monthly periods. This is attributed to hormonal imbalance wherein there is a constant shedding of some parts of the uterine lining causing it to bleed each month. It also affects the levels of hCG (Human Chorionic Gonadotrophin) in the blood and urine, revealing negative test results in pregnancy home kits and even blood lab tests. The fetus also develops at a slower rate, making it too small to reveal a “baby bump”.

Who Are Often Affected?

Women who fall in one of these categories may have an increased risk of cryptic pregnancy:

Peri-Menopausal Women: It refers to the onset of the signs and symptoms of menopause. A woman may think that she is already menopause and couldn’t get pregnant. However, she is actually in this transition stage and still ovulates in irregular patterns.

Use of Hormonal Birth Control Methods: This refers to women with transdermal patches or under injectable contraceptives. The continuous hormonal release may also conceal the signs and symptoms of pregnancy.

Absolutely! It is estimated that one in every 475 pregnancies is at one point considered a cryptic pregnancy.

This would depend on how you define ‘common.’ With one in 475 pregnancies deemed to be cryptic at some point in the pregnancy, this would lead to an estimated 347,000 cases each year, or just over 8,000 cases in the United States alone. Note that these numbers are only estimates and only take into account pregnancies that did not end in abortion. This is because the nature of a cryptic pregnancy may affect abortion rate during these pregnancies, and lead to inaccurate data.

3. Do You Still Form A Bump At All During A Cryptic Pregnancy?

It depends. In some cases, bumps are still formed, but appear more slowly. The bump may also be masked in women who are significantly overweight.

In other cases, the baby may be positioned so no visible bump appears. Unfortunately, there is no clear-cut answer to this – many cryptic pregnancies have been delivered both with and without any sort of visible bump. A doctor may be able to give further insight, although not all cryptic pregnancies are detected even through standard medical tests – especially early on.

This seems to be a myth – however, there are people who truly believe they’ve been carrying their baby for several years or more. In truth, the world’s longest pregnancy lasted only (but still incredibly long) 375 days.

It is not believed that cryptic pregnancies are genetic or hereditary. However, as far as we know, there have not been studies to confirm or deny this. Due to cryptic pregnancies being relatively unlikely for any individual person, performing a study on this would likely prove to be quite difficult.

In our search for an answer on this question, we also researched whether or not low hCG levels were genetic / hereditary (as these two things often go hand-in-hand,) and we could not find anything conclusive about this either.

6. Am I Experiencing A Cryptic Pregnancy?

Unfortunately, without a confirmation from a doctor it’s difficult to know for sure. Even in some cases where you have been checked by a doctor, performing standard medical tests, these tests might not indicate positive results, even when in fact you may actually be pregnant.

Our recommendation is to keep ongoing contact with your doctor, and try to stay calm in the meantime. While it’s certainly important to be prepared for a baby (and thus, knowing as early as possible is certainly a good thing,) many women often end up disappointed when they know for sure they were never pregnant in the first place.

Still, if you’re trying to conceive, there is no harm in continuing your efforts, regardless if whether or not you’re already pregnant.

Do you believe you’re experiencing a cryptic pregnancy? What other questions do you have? We’d love to hear your thoughts in the comments section down below!

Let Us Answer Your Question!

Would you like us to answer your question? Send it in by filling out the form here and if selected, we’ll let you know when it’s live on the site!

In the meantime, please feel free to join our forum, where you can receive support and have discussion, as well as get answers from other parents just like you. Our community is pretty great, and we’d love to have you as a a part of it! Join for free by clicking here.