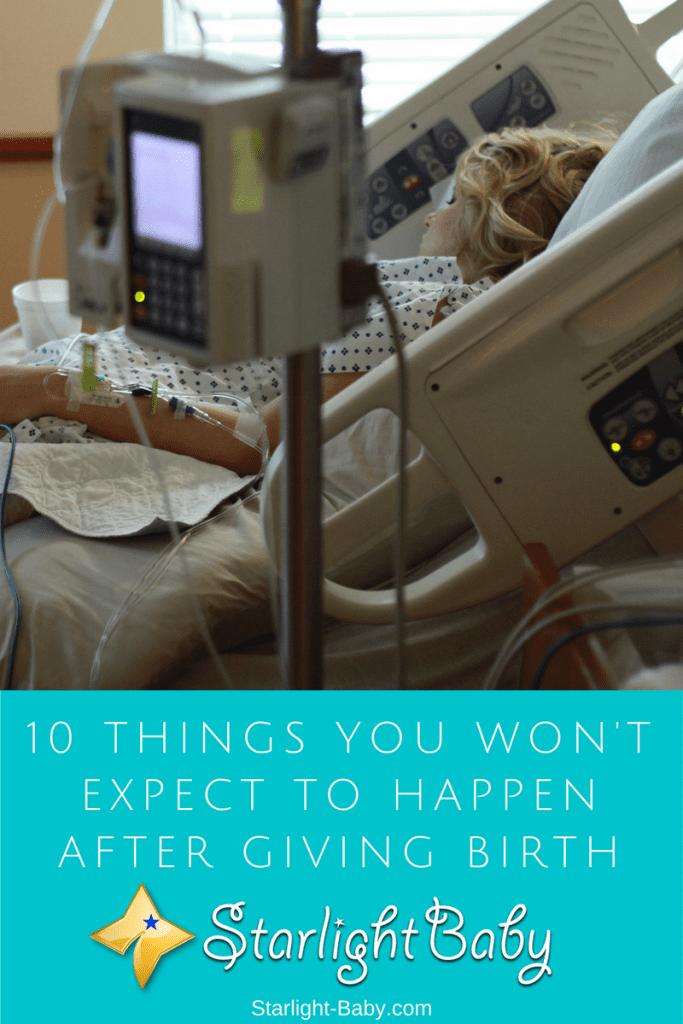 Over the course of your pregnancy, you get told a lot of information about what to expect throughout the different stages. You’ll likely even receive advice about the birth and common things to expect afterwards. However, there are some things that you aren’t told about which can be pretty disturbing. While you can never truly prepare for motherhood, here you’ll discover some of the more unexpected things you have to look forward to…

One of the best parts of being pregnant is the fact your periods disappear for nine whole months. By the time you give birth, you’ve practically forgotten what a period is! However, regardless of what type of birth you have, (whether it be a C-section, natural or water birth), you’re soon going to remember and from the large “thunder pads” the midwife presents to you, you know it’s going to be bad!

For anywhere from two to six weeks after giving birth, postpartum bleeding occurs. Officially, this is known as lochia. It’s almost like your period is punishing you and making up for lost time. You have to use those large thunder pads too as tampons can cause bacteria which will hamper the healing process.

It’s not just blood you have to contend with here either. Clots, sometimes the size of lemons, can come out. It’s terrifying if you aren’t expecting it. So, be prepared for an epic period in those first two to six weeks!

2. Hair Loss (Or At Least Hair Thinning) Should Be Expected

During pregnancy, your estrogen levels increase, causing your hair to look shinier, thicker and healthier than it has in years. However, what it also does is freeze hairs into the resting phase of the growth cycle, preventing them from falling out. So, this is why you won’t notice any normal shedding during your pregnancy.

Once you’ve given birth, those estrogen levels drop and the hairs that were blissfully hanging out in the resting phase will now start to shed. The trouble is, they all shed at the same time. So, you’re going to start seeing alarmingly high levels of hair in places like your pillow, your shower and practically everywhere you look. It’s terrifying!

The good news is this hair loss is only temporary. It will eventually stop and you’ll regain your healthy locks in no time. Many new moms use it as an opportunity to get a new, shorter style.

Ok, so this doesn’t always happen, but the stress of giving birth and being a new mom can cause some strain on your relationship. Most likely, you’ll start to feel resentment setting in as your baby awakes for what feels like the 100th time in the night and your partner is lying there peacefully, dead to the world.

There’s also another theory as to why you may suddenly start to resent the father. The majority of babies tend to look a lot more like their fathers. So, when you’re pulling what’s left of your hair out over the lack of sleep and stress of new parenthood, just seeing his face can be enough to make you want to punch him, or at least give him the silent treatment!

4. Some Daily Tasks Are Going To Be Surprisingly Painful

For a week or two after the birth, your intimate area is going to be pretty messed up. It’s unsurprising really when you consider 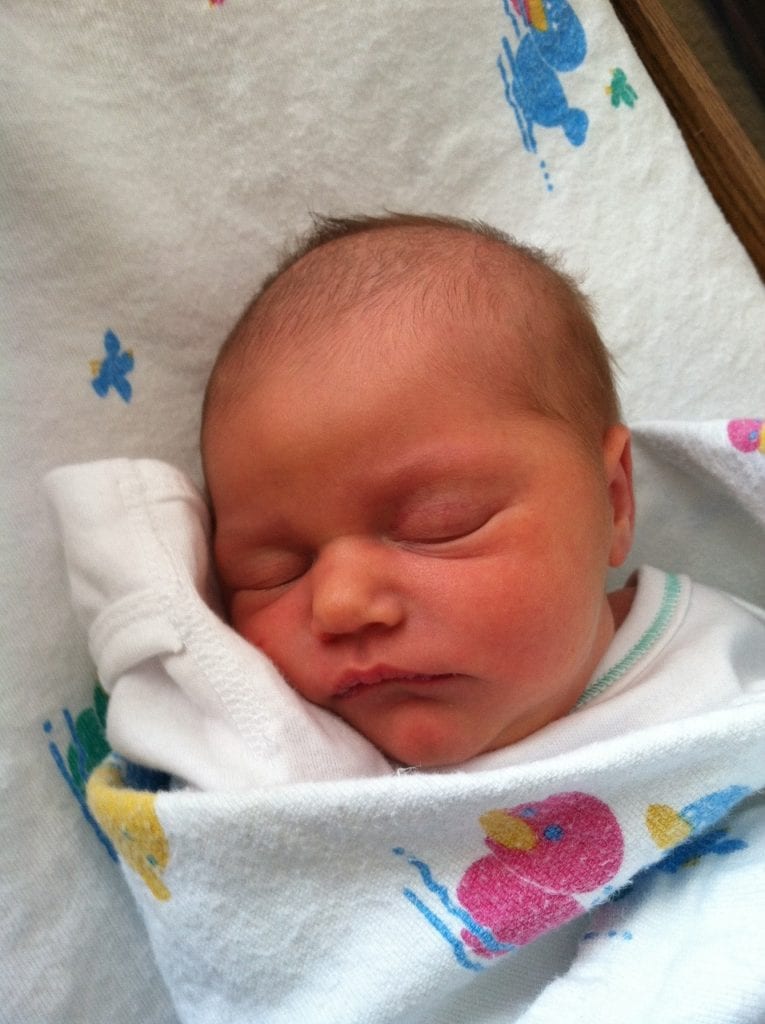 the trauma it’s just been through! However, many new moms aren’t prepared for just how painful everyday essential tasks can be. Showering, bathing and even urinating can be excruciating – especially if you had to undergo the dreaded “snip” to help baby out during the birth and you’re now sporting painful stitches!

Remember that initial joy you felt when you finally got to hold your baby in your arms? Well, that’s soon going to be a distant memory! Instead, it’s going to be replaced by tears and lots of them.

While not all women suffer the same emotional outbursts, most feel like they’re on a never-ending hormonal rollercoaster. Anything can set you off and before you know it you’re crumpled in a heap on the floor sobbing your heart out. The thing is, you don’t even realise it’s happening sometimes. So, if your loved ones start to get worried about you, it would be a good idea to listen. While some level of tears is to be expected, there’s the chance it could be a sign of postpartum depression. If it isn’t treated, it will only get worse and potentially ruin your parenting experience.

One of the least pleasant things they don’t tell you is that going for a number two for the first time can be a very scary thing. If urinating causes so much pain, what’s it going to be like trying to pass something solid? After all, it’s not too far away from the area you urinate from so understandably, you’re going to be nervous!

Unfortunately, some new moms are so scared of this, they put it off for as long as possible. What happens when you do this? That’s right – constipation! The trouble is, it’s going to be a lot worse if you do develop constipation, so it’s much better to go when you need to go.

7. Breastfeeding Is Going To Be Harder And More Painful Than You Realized

We’re told that breastfeeding is supposed to be one of the easiest, most natural things in the world. However, this is rarely the case. Many infants have trouble initially latching on, then once they do it’s surprising how much pain a little person with no teeth can cause! However, they (and you) will soon get the hang of it and after a while it won’t be as traumatic as it initially was.

Another problem that comes with breastfeeding is hard boobs! This might sound like a good thing, after all who doesn’t want awesome looking boobs? However, we’re talking rock solid, uncomfortable boobs. It’s a problem you’ll face if you miss a feeding or forget to pump the milk out of them.

By far one of the least talked about side effects of giving birth is gall stones. They are surprisingly common and typically require a small surgery to have them removed. You’ll know if you have gall stones as you’ll feel a pain in your chest that appears to get worse over time. At some point, the pain will appear to just go away completely. However, it’s just a sign your body is trying to get rid of the stones.

Your chances of developing them after giving birth are increased if you were overweight before you got pregnant. You will need to see a doctor, but until you can get an appointment, switching to a low-fat diet will help a lot. This is one of the more serious issues that absolutely needs to be addressed. If left, they can lead to pancreatitis which in severe cases can be fatal. So, always get checked out if you suspect you have gall stones!

Don’t worry, you’re not going through the menopause just yet! Those hot flashes are all thanks to your hormones. You’ll feel sweaty, unbearably hot and uncomfortable. You’ll also feel the least attractive you’ve ever felt. It’s a horrible time, but it will go away – eventually.

How many times have you seen celebrities have their babies and then two minutes later look just as thin as they did before they were even pregnant? This isn’t going to happen to you. Why? Because you aren’t going to be having a tummy tuck at the same time. You’re also not going to be palming baby off onto a nanny while you spend hours working out to get your pre-pregnancy figure back.

It’s going to take time to lose your baby weight. Giving birth is traumatic on the body so it’s going to look completely different once you’ve had a baby. Embrace your new mom-bod and don’t think you have to lose the extra weight right after giving birth.

So, there you have the top 10 things people don’t tell you about what happens after giving birth. Scary? Heck yes! But ask any parent and you’ll soon discover every embarrassing, disgusting part of those first few months after giving birth is worth it. You might just have to keep telling yourself that for a while!